In conversation with “Perfect Moment films”

I have been a huge fan of Perfect Moment films for a long time. Chris Buckley is an award winning videographer who is passionate about the industry and his couples. I am always in awe by the way he tells a story and shows the emotions of the day perfectly through film.

So lets get to know Chris….

Have you always worked in this industry, what’s your background? Yes, since completing a media course at University, I have always filmed weddings and events. It began with a few weddings for friends and family and since then the business has continued to grow and grow, resulting in winning multiple awards – including ‘Best National Wedding Videographer’ and has taken us to many beautiful parts of the world. We’re so lucky to do what we do.

How would you describe your style?  Our style is very much ‘traditional’ but with a more modern and updated cinematic approach. We love telling a story with our films and the ultimate goal for us when producing a wedding film, is for us to be able to accurately tell the story of a couple and their wedding day, so that if a stranger were to watch their film, they would feel as if they knew that couple and would feel all the emotions of their day. Our way of working is very much to be as unobtrusive as possible and for us to use the minimal amount of equipment required, in order to not draw attention to ourselves. Of course we have access to drones, gimbals and the like, but we feel these only need to be used if they are to aid telling the story of the couples day.

What parts of the day do you capture? What does a typical day look like for you? With both of our current packages, we cover the full wedding day as standard. Our first package comes with one videographer and is aimed at smaller weddings and/or weddings that are all taking place in one location. The second comes with two videographers and is aimed at weddings with 100+ guests and multiple locations and offers a more ‘complete’ coverage option, as it allows for multiple camera angles and the ability for two people to be in different locations at once. A typical day for us would begin with the morning preparations of the Bride and/or Groom and would follow right through the ceremony, drinks reception, speeches and first dance, before ending after we feel we’ve captured enough of the partying in order to make the best wedding film possible for our client. Of course there are often other events on the day that could change this for us, such as Fireworks, Sparkler exits or cultural traditions, but in the main, a lot of our weddings run to this structure. We are super lucky though to film many different wedding styles though, so our season can be very varied from one week to the next.

What information do you need to know when meeting with a couple for the first time? When meeting a couple for the first time, it’s not necessarily what information we need to know, it’s more about getting to know them and gathering a real sense for who they are and what brought them together. This way we can gain a real sense of what type of film would best represent them and their wedding, so that they’re thrilled when viewing their films. Of course we need to know a basic structure of the day, but this can be discussed much closer to the wedding day and often when we work with planners, we receive this sort of information through them.

How do you decide on what music to use? When deciding on the music for a wedding film, particularly in terms of our highlight films, we take the lead with this and often spend hours scouring royalty free music websites, in order to find that perfect track that represents both the couple and their wedding day ‘ambience’ most accurately. We have to use royalty free music, as often if a couple wishes to show their film over social media or if we wish to use it for promotional purposes, then the copyright for these tracks must be granted to us for use by us paying for it’s use. As much as we’d love to use more mainstream tracks for our films, the cost to purchase the copyright for these would be in the thousands of pounds.

How long does it take you to edit and deliver the film?
On average, the majority of clients have their films within 8-10 weeks of their wedding. Of course, over peak times, particularly towards the end of August/beginning of September, this can increase, but if so, it’s only by a couple of weeks. The reason for this is because there are so many elements that go into a wedding film, such as the syncing of multiple cameras, sound, colour grading and music choices. We often try to break up the waiting times though, by sharing little Instagram teasers or stills from our films, so that couples have something to look at and share prior to receiving their films. We know how devastatingly painful it can be to wait when you’re just super excited!

What do you love about working in the wedding industry?
The biggest thing we love about working in the wedding industry is being able to film the many different cultures and traditions that take place not only in the UK, but also abroad. We’ve been lucky enough to film not only traditional English weddings, but also Greek, Asian, Chinese and Jewish weddings. We’ve also been able to film in beautiful locations that we may not necessarily have been able to visit by ourselves. Weddings in locations such as Lake Como, Ravello and Monaco will always stick in our minds as wonderful experiences that we were just so lucky to have been a part of.

Why should a couple consider having a videographer?
The biggest reason for us, that a couple should hire a videographer in our opinion, is because there is no other medium that can represent your wedding day and all of the emotions, special and unique moments and sounds from it, as well as a wedding film. Yes of course you have photographs and trust us, there are exceptional, exceptional photographers out there, who can really tell a beautiful story of your wedding through their imagery, but photographs can only go so far. There is a saying that goes something like ‘You wouldn’t hang a wedding film up on your wall, but you can’t hear the emotion in a photograph’ and we feel this encapsulates exactly what a wedding film is about.  Couple this with if a couple was to plan to maybe have children in the future or be blessed with Grandchildren as they grew older, the best way for those members of the family that weren’t there on the day to get a real sense of your wedding, would be through film.

And finally, do you have a wedding that you have filmed that stands out for you?
I think over the years the wedding that has most stood out to us that we’ve filmed, would be our Lake Como wedding a couple of years ago. Not only was the location jaw dropping (if you’ve not been you MUST go!), but our clients were such a wonderful couple and with them being Chinese/Malaysian, there were lots of beautiful cultural elements to the day also, such as a Chinese tea ceremony and ‘first look’. Their ceremony was outside on the shores of the Lake and it just really was beautiful. This is in no way to say that all of our weddings are not beautiful to us and that our other couples were not wonderful, as we’re very lucky to often work with such wonderful couples, it’s just that by combining all the elements of location, culture and client together, it really was an amazing experience.

If you would like to get in touch with Perfect Moment films, feel free to contact them here or email them at info@perfectmomentfilms.co.uk

other posts you may enjoy... 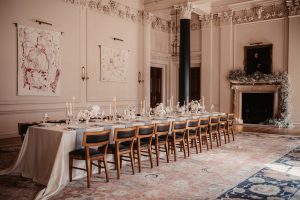 Top 10 tips for styling your wedding 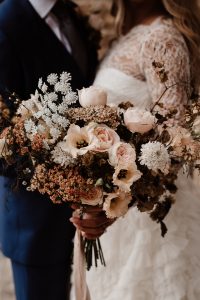 How to choose a wedding planner

A huge congratulations to Sammy & Matteo on the bi

Good morning // I hope you had a lovely weekend.

ASHLEY & SAM As brides go, Ashley was THE most in

Hands up who loves a City wedding?! I know I do. T

”Romance is the glamour which turns the dust of

in London & across the UK